Have You Always Wanted to Be a Writer? 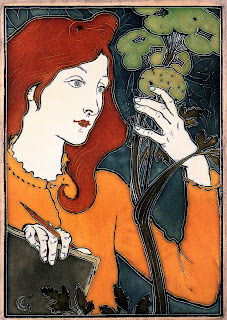 Are you an aspiring writer or someone who’s interested in literature? If so, and you’re in the Kerrville, Texas area on November 12, I invite you to stop by the Dietert Center, 451 Guadalupe Street, between 1:00 and 3:00 pm. Ten published writers––novelists, poets, journalists, memoirists, authors of nonfiction and children’s books––will be on hand to discuss the ins and outs of the creative process, from conception to publication.
Eighty percent of people say they want to write a book, but few ever do. Twenty-four million adults in the U.S. consider themselves creative writers, but less than 5 percent have ever published anything. Some believe they don’t have time, others think the process is too daunting. Kerrville’s published authors insist that’s not the case––and they’ll share their secrets of success with you at this event.
You’re never too young or too old to start writing. Kerrville’s Robert Norris, a Delta pilot who retired 15 years ago, recently published his first novel The Barrett Solution with Arctic Wolf Publishing. A page-turning thriller, Norris’s book gets a 5-star rating on Amazon. Norris’s advice to aspiring writers? “Don’t give up.”
Mike Bradley opted to go the time-honored route of self-publishing––like Benjamin Franklin, Walt Whitman, Henry David Thoreau, Mark Twain, Virginia Woolf, John Grisham, and Stephen King. Bradley decided to self-published his memoir Big Mike and his rollicking novel of New Orleans, Street, because he felt the big New York publishers wouldn’t consider a new author. For him, “The process has provided a real sense of accomplishment.”
Whether you choose to work with a traditional print publisher, self-publish, or make your book available as an e-book, the publishing world is changing rapidly and writers today have more opportunities than every before. This event gives you a chance to get up close and personal with authors who’ve succeeded in making their dreams come true––and to learn how they did it. Autographed copies of authors’ books will be available for sale at the event.
Posted by Skye Alexander at 7:26 PM