In the Northern Hemisphere, the Summer Solstice (or Midsummer) marks the longest day of the year. According to Celtic mythology, the Sun King has now reached the highest point in his journey through the heavens. In 2013, we celebrate Midsummer on June 21, when the sun enters 0 degrees of the zodiac sign Cancer (at 5:04 A.M. UT). This is a time of abundance, when the earth displays her bounty. 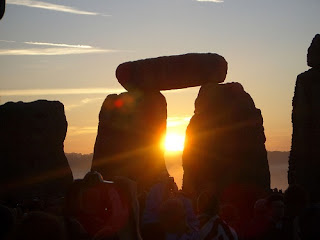 The Holiday’s Significance
In early agrarian cultures, Midsummer marked a period of plenty, when food was abundant and life was easy. Our ancestors celebrated this joyful holiday with feasting and revelry. At this point, however, the sun reached its pinnacle and began its descent once again. Celtic pagan mythology depicts this as the end of the Oak King’s reign as he is overthrown by the Holly King, who presides over the waning part of the year.

Folklore says that at Midsummer earth spirits abound—a belief that inspired Shakespeare’s delightful play A Midsummer Night’s Dream. Apparently, life on every level rejoices in the fullness of the season. If you wish, you can commune with the elementals and faeries at this time.

Ways to Celebrate
Just as people have done for centuries, you may choose to celebrate the Summer Solstice with feasting, music, dancing, and thanksgiving. Remember to share your bounty with the animals and birds, too, and to return something to Mother Earth as a sign of gratitude.

Midsummer is also a good time to collect herbs, flowers, and other plants to use in magick spells. Some people say that if you wish to become invisible, you must wear an amulet that includes seeds from forest ferns gathered on Midsummer’s eve. Do spells for success and abundance on the Summer Solstice, too, to take advantage of the fullness of this sabbat.

Posted by Skye Alexander at 6:02 PM No comments: