(Recently I discovered that more than 30,000 people had viewed this post from years ago on my blog The 3:15 Club, so I decided to repost it here.)

According to an old Pagan belief, the time between midnight and 3:00 A.M. on the night of the full moon is the “Witching Hour.” During this period, the veil between the spirit world and earth supposedly thins, allowing entities from other realms to visit us humans.

Some Christians call 3:00 A.M. the “Devil’s Hour.” Based on the idea that Jesus died at 3:00 P.M., this theory proposes that the opposite point on the clock belongs to the dark side, i.e., demonic forces whose power is strongest at this time. 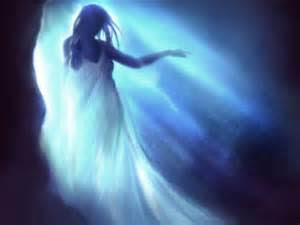 Visitations from the Other Side

Regardless of whether you subscribe to either of these concepts, you may experience unusual or inexplicable occurrences between three and four in the morning. Many people report hearing sounds or smelling aromas that have no discernable source. Others say they sense the presence of nonphysical beings––angels, spirit guides, deceased loved ones––when they wake during this eerie hour. One summer night several years ago, when my sister slipped into a coma unexpectedly, I awoke to the tinkling of tiny bells and the scent of her perfume. She died a few days later.

According to the National Sleep Foundation, “adults’ strongest sleep drive generally occurs between 2:00 and 4:00 am.” Researchers suggest that we reach the deepest levels of sleep between 3:00 and 4:00 A.M., and that the most vivid dreams of the night are likely to occur at this time. During this stage, our awareness may expand beyond the normal range, enabling us to perceive other levels of reality––and entities who inhabit those realms. If we’re fearful, or conditioned to believe that evil lurks in the shadows, we might interpret our early morning experiences as demonic rather than instructive.

A Time for Introspection

Yet many of us find ourselves wide awake at, say, 3:15 in the morning. This is the time when I often do my best thinking. With nothing to distract me, I can look more deeply at issues I’ve pushed aside during the daytime’s busyness. In the still of the night, my subconscious finally feels free to offer up insights I might otherwise block or reject, giving me a chance to explore them at length.

I must admit, though, I often feel alone and vulnerable in the darkest hours of the night. Problems sometimes look scarier, bleaker, more formidable and beyond my control. Perhaps that’s the real meaning of the “Devil’s Hour”––when we come face to face with our own Shadows (as Jung called the repressed part of the psyche), the personal demons that lurk in our inner darkness.

Do angels or demons visit you at night? Do you find the early hours of the morning serene or sinister? I invite you to share your thoughts and experiences.
Posted by Skye Alexander at 2:57 PM 8 comments:


What image comes to mind when you think about fairies? Dainty female figures with gossamer wings, long flowing hair, and gauzy dresses? Maybe waving magic wands or flinging sparkly pixie dust around? Most likely they’re tiny enough to perch on flower petals, but regardless of size these magical creatures are always dazzlingly gorgeous––and sometimes sexy, in an ephemeral sort of way. Of course, they’re also sweet, fun-loving beings, just the sort of playmates you’d like your kids to hang out with.

Nice, but not true––unless you’re in Disneyland, that is. 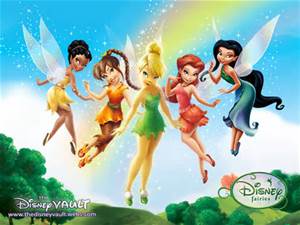 Until the last century or so, fairies came in a wide assortment of sizes, shapes, and colors––with a variety of temperaments to match. Yes indeed, some were exquisitely beautiful, but others could star in your worst nightmare. And when it came to their behavior, parental guidance was definitely advised.

Wherever you go on this planet you’ll hear fairy tales of magical and mysterious beings, some no bigger than your hand and some taller than the redwoods. They fly through the air, tunnel deep into the earth, splash about in the seas, even flicker in candle flames. These awesome creatures have played a prominent role in the lives and legends of mortals since the beginning of time, and they still do.

Although flying fairies dominate the scene today, they didn’t really become popular until the Victorian era. Instead, early legends in Europe, Britain, and Ireland tended to focus on these fairy folk: pixies, elves, dwarfs, trolls, hags, leprechauns, goblins, and the sidhe. Other cultures had their fairies too. The ancient Greeks, for instance, believed in all sorts of nymphs who occupied the waterways. The Persians had their beautiful peris. Deep in Russia’s immense forests woodland fairies called leshiye ruled supreme; they could shapeshift to appear as tall as trees or as tiny as mice. 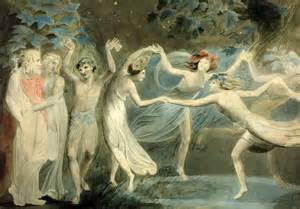 Many folklorists say fairies descended from ancient gods and goddesses. For thousands of years, these deities had dominion over the earth, the heavens, and all the inhabitants therein. They governed day and night, land and water, the seasons, the growth of plants, wild and domestic animals—just about everything. Basically, fairies can be grouped into two categories: those who guard and guide the natural world, and those who deal with destiny and the fate of humankind.

Usually, fairies stay out of sight of humans, going about their business without fanfare. But if you detour off the beaten track and into the peaceful, unspoiled places on our planet, you may get lucky and enjoy a close encounter with these nature spirits. Just be careful not to get too close or to fall for their ruses—you might never come back from the fairy realm!

Myths and legends tell us that fairies have an arsenal of supernatural powers that they can use for good or ill—and mere mortals are no match for them. Throughout history, friendly fairies have helped humans by protecting crops and livestock, healing the sick and delivering babies, granting wishes and bringing good luck. Angry spirits, on the other hand, reportedly stir up storms, wither crops, conjure plagues, cast curses that last for eternity, and turn humans into toads, stones, or worse. So obviously, you want to stay in the fairies’ good graces. 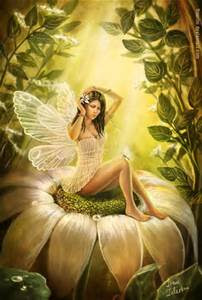 Here are some characteristics fairies possess:
·

Fairies don’t feel emotions the way humans do, nor do they share our sense of ethics—although they have their own codes, which can be quite rigid. At best, fairies could be considered amoral. Our ancestors sought to understand the ways of the fey, in order to win the fairies’ favor and avoid incurring their wrath. You might want to do the same, because although modern media depict these spirits as pretty innocuous, they have a long tradition of being anything but. 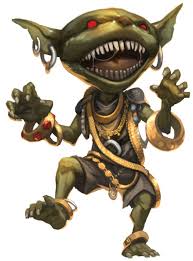 Some fairies are known to steal humans’ belongings. It seems they do this either for their own amusement or to get our attention, because if you ask politely they usually give the objects back. So the next time you lose your keys or glasses, ask the fairies to please return them.

Want to attract friendly fairies? Put out food and drink for them. Many of them like milk, honey, wine, fruit, and bread. Gifts of clothing, coins, and shiny trinkets also appeal to some fairies. In return, they might offer you treasure or healing benefits. In the Brothers Grimm’s story “The Three Little Men in the Wood,” fairies give a little girl gold in exchange for a bit of bread.

You might try these things to win their favor too: 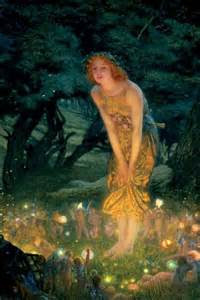 Not everyone wants fairies hanging around, however. If you’d rather these unpredictable spirits kept their distance, you could try the tactics our ancestors used:
·

Probably the best advice for dealing with fairies is to err on the side of caution. Let them make the first move. Be courteous, but not solicitous. Don’t invite them into your life or try to insert yourself into theirs. If you meet a fairy or if one gives you a gift, keep that secret between you and the fairy. If fairies want to stop by at midnight and wash your dishes or muck out the stables, fine. But if they invite you to dinner or offer to babysit your kids, beware.

(Excerpted from my my book Fairies: The Myths, Legends, & Lore) 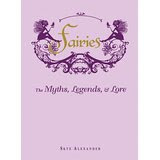 Posted by Skye Alexander at 10:46 AM No comments: